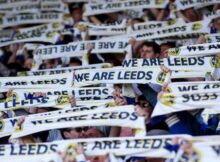 Arsenal
RB Leipzig have reportedly moved ahead of Arsenal at the front of the queue to sign Red Bull Salzburg winger Dominik Szoboszlai. The Gunners are understood to have
Read More