Liberty Games has analysed the England football stadium, Wembley as well as 20 premier league football stadiums to calculate the reduced capacity with social distancing measures in place. You can view our findings in full here.

With the premier league due to start on 12th September, fans are starting to get excited and with Boris announcing fans may be able to go start going into stadiums over the next few months, what are stadiums going to look like with social distancing in place?

When it comes to England matches, Wembley is the stadium of choice, but this 90,000 stadium will seem almost empty with social distancing.

In fact, based on accurate calculations, the capacity at Wembley would be reduced from 80,000 to 24,400 to allow for a 1-metre social distancing gap between fans. That’s 65,600 fans less than at full capacity!

With optimal social distancing measures of 1 metre in place, Wembley will be operating at just 27% capacity.

Liberty Games have worked with an illustrator, to show how this might look. The illustrations are based on the calculations above.

Take a look at the before and after pictures for each stadium: 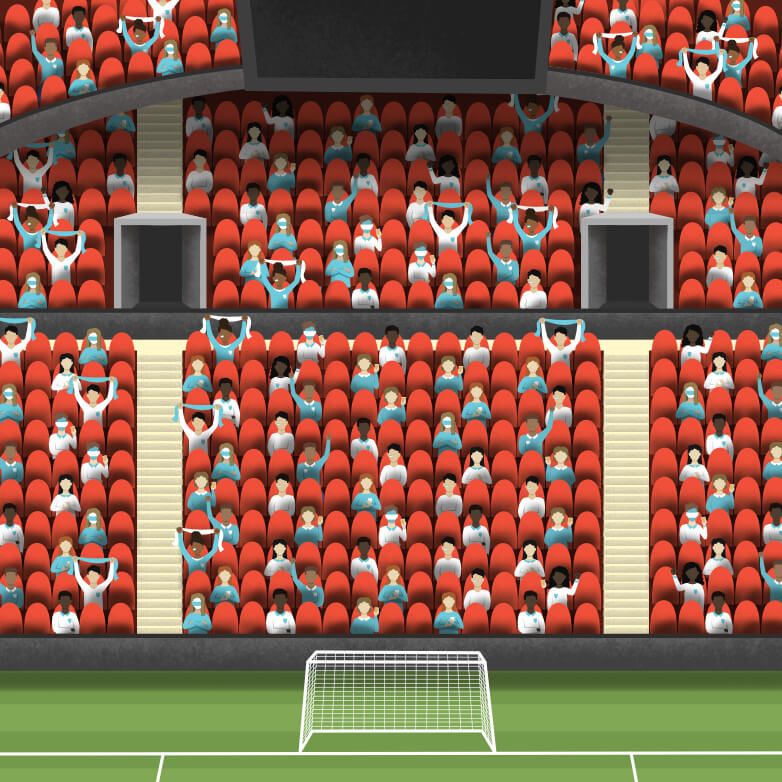 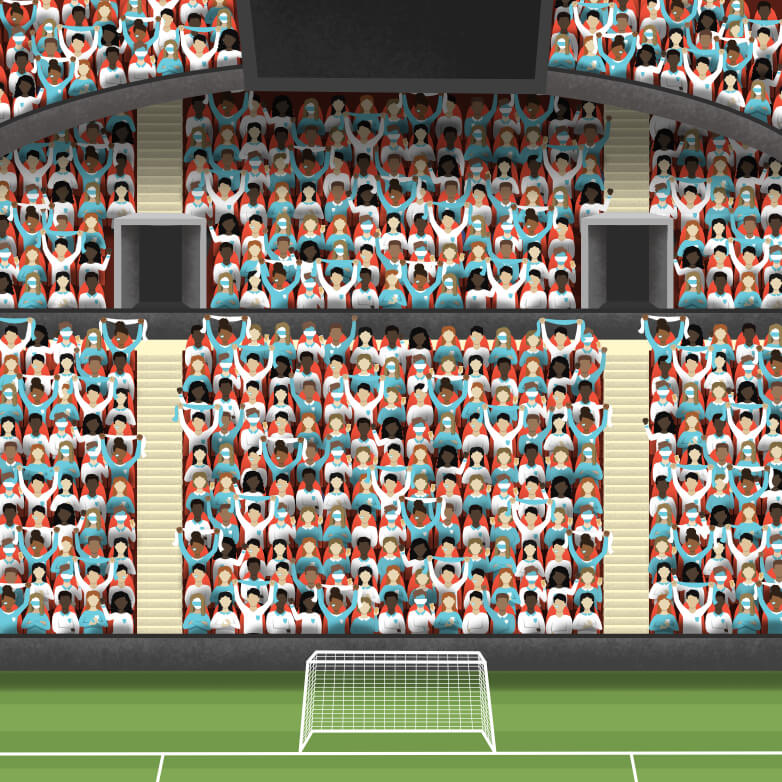 But the next big game at Wembley is a while off, so what can we expect to see across the premier league stadiums?

The reduction in capacity will be different for all stadiums, based on their shapes, sizes and velocity. Take a look at the table below to find out how many fans will be missing out on their season tickets to allow for social distancing.

The table below shows how social distancing will be reduced in 20 of the premier league stadiums.

Anfield takes the top spot with a whopping 54.5% reduction in capacity, that’s only 14,720 fans watching the live-action!

The second-biggest reduction is Turf Moor, the stadium of Burnley who can expect a 48.5% reduction in capacity.

But the stadium with the most number of fans allowed back, based on their season ticket holders and the size of the stadium is the home of Manchester United, Old Trafford. 20,590 fans will still be allowed into the gates to watch their team play.

How does your home teams stadium capacity compare against others?

Will the atmosphere be the same with reduced capacity?