France
Liverpool have identified Rennes striker Martin Terrier as a potential replacement for Sadio Mane this summer. Mane has been strongly linked with a move to Bayern Munich. He
Read More

Barcelona
Barcelona have reportedly set their sights on a deal for Liverpool winger Sadio Mane, amid interest from the Bundesliga champions Bayern Munich. The 30-year-old only is out of
Read More

Ligue 1
Liverpool are reportedly in pole position to sign Lille midfielder Renato Sanches, according to El Nacional. While Sanches was strongly linked with a move away from the Ligue
Read More

Belgium
Lens have reportedly placed emphasis on signing Liverpool striker Divock Origi in the January transfer window. The 26-year-old forward was strongly linked with a move away from Anfield
Read More 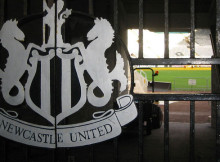 England
Liverpool centre-back Nat Phillips has reportedly emerged as a transfer target for Newcastle United, according to The Sun. With Virgil van Dijk, Joe Gomez and Joel Matip all
Read More