Mohamed Salah delivered an attacking masterclass to inspire Liverpool to a 5-2 win over former club Roma in their Champions League semi-final clash on Tuesday night. He scored twice, set up another two and bolstered his claims to beat Cristiano Ronaldo and Lionel Messi to the Ballon d’Or title. The sumptuous brace took his tally for the season to 43 goals, and he displayed the sort of pace, dynamism and all-round brilliance that just led his peers to name him PFA Player of the Year. With the Egyptian in this sort of form, Liverpool’s claims to go on and win the Champions League are extremely strong.

Salah did not exactly set the world alight during his spell at Chelsea, but his progress over the last few years has been astounding. The youngster went to Roma in search of more regular football, and he impressed in the Italian capital, scoring 29 goals in 65 games. His pace and energy earned him rave reviews, while his humility made him a popular figure in Serie A. But he was always determined to return to England and prove himself, and his chance came in the summer. Liverpool’s scouts were begging Jurgen Klopp to snap him up, and when an offer of £38 million came in, Roma felt it was too good to refuse. 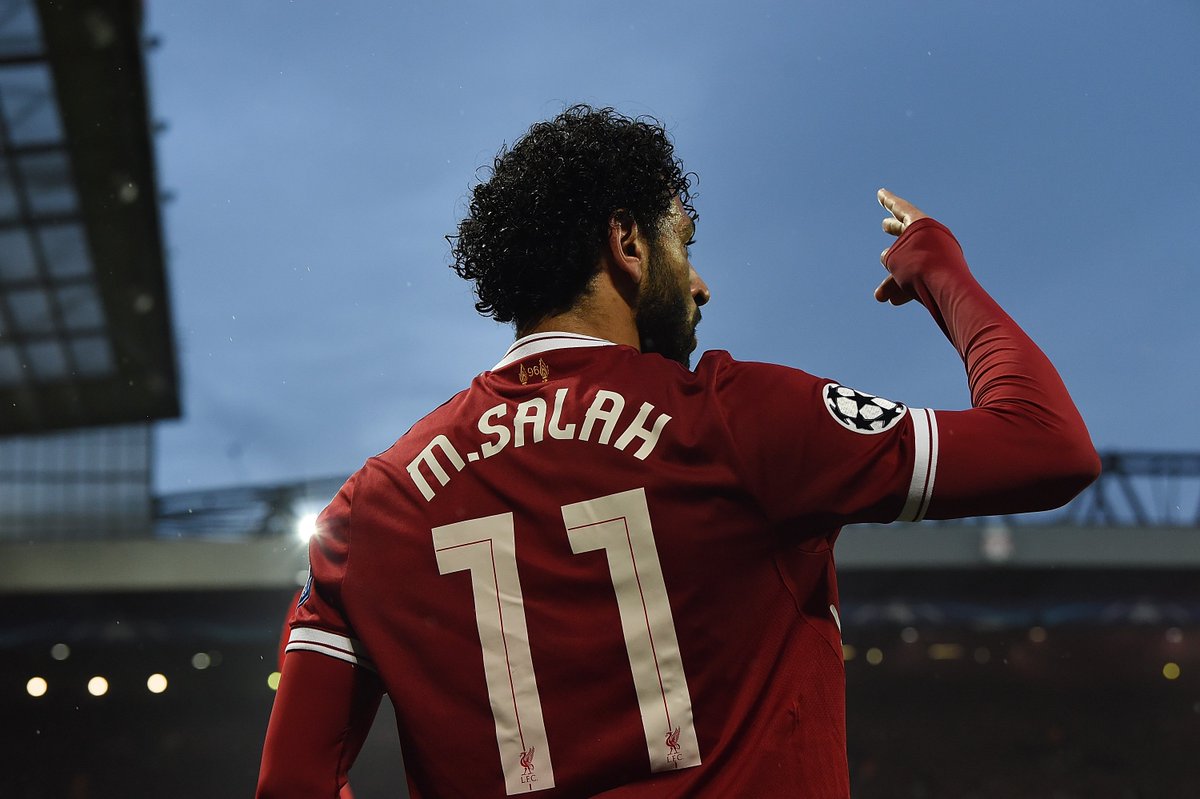 Now he would be worth five times that amount. He ran rings around his former employers on Tuesday night, and broke the hearts of the fans that used to worship him. His humility and decency were once more on show as he refused to celebrate, but his impact was devastating. When he picked the ball up on the edge of the 18-yard box, he seemed destined to score. Teammate Sadio Mane had previously been wasteful, spurning a couple of glorious chances, but Salah never seems to miss at the moment. Everything he touches turns to goals right now. He curled in a delicious strike off the underside of the bar, and in that instance, he turned the game in his team’s favour.

Roma had started brightly, but when that goal went in their heads went down. On the stroke of half-time he played a one-two with Roberto Firmino and went charging through on goal, with Roma’s defenders unable to keep up. He chipped an exquisite finish over one of the world’s best goalkeepers, Alisson, and doubled his side’s advantage. After the break, he was simply unplayable. He led Roma a merry dance and put the ball on a plate for Mane to tap in and make it 3-0. Then he pulled it off again and teed up Firmino to make it four. Like Messi, he is not all about goals and he has plenty of assists this season, while his dribbling, passing and all-round play are strong.

But goals are what gets everyone talking, and Salah has now scored more times this season than Thierry Henry, Alan Shearer, Andriy Shevchenko, Didier Drogba, Filippo Inzaghi, Robbie Fowler and many more top strikers have ever managed in a campaign. It is all the more remarkable because Salah is not even a striker. He plays on the wing, with Firmino leading the line, but his pace as he cuts in is deadly. Firmino also deserves a huge amount of credit for Salah’s rise, due to his unselfish play, his ability to create space for the Egyptian by dovetailing with him and his general creativity.

Mane is also among the goals again, and Liverpool have an attacking triumvirate to strike fear into the hearts of any defenders. Greater challenges lie ahead in the final as they must take on Real Madrid or Bayern Munich, but Liverpool need not be daunted by facing anyone. Man City spent much of the season as Champions League favourites, but the Reds beat them home and away, with Salah at the heart of both victories. The defence remains a concern, and for that reason Liverpool will be underdogs in the final, providing they complete the job against Roma next week. It is not a foregone conclusion, as Roma overturned a three-goal deficit by beating Barcelona 3-0 at the Stadio Olimpico in the previous round, but it is hard to see Liverpool faltering here. They are electric going forwards at present, and they should get on the score sheet in Rome, leaving their opponents with an all but impossible task.

Yet their defensive lapses could prove more costly against stronger opposition, and you have to expect the Reds to concede at least once in the final. For that reason, Liverpool need Salah to maintain his exceptional form if they are to lift the trophy and return to the summit of world football once more. Salah has displayed great mental fortitude to accompany his physical and technical gifts in recent months, so there should be no worries of a dip in form from this mercurial Egyptian now.