Liverpool have reportedly stepped up their interest in a move for AS Roma youngster Umar Sadiq, according to Gazzetta dello Sport.

The 19-year-old striker has impressed for the club’s youth team, scored 19 goals in 18 youth team games to grab the attention of a potential suitors including the Merseysiders. 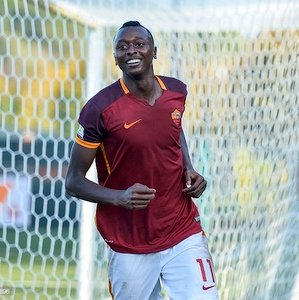 The report claims that the Reds are conceding a move for the Nigerian forward, but could face a tough competition from the Premier League rivals Arsenal and Tottenham Hotspur.

Meanwhile, the Ligue 1 giants Lyon are are said to be interested in Sadiq’s services, who is currently on loan at Serie B outfit Spezia. He has scored 2 goals in 6 Serie A games for Roma.