Manchester United are reportedly prepared to do battle with Liverpool for the signature of RB Leipzig centre-back Dayot Upamecano.

The 22-year-old defender is unlikely to be allowed to leave the Bundesliga outfit this month, but there will be a €42m release clause in his contract during the summer transfer window.

A number of clubs, including Bayern Munich and Chelsea are said to be interested in signing the centre-back, who clocked up 137 appearances for Die Roten Bullen in all competitions. 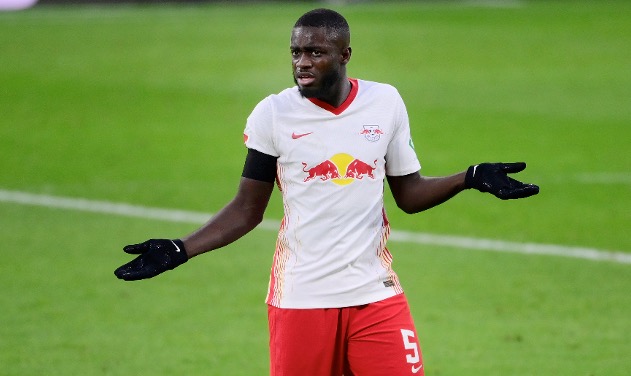 However, according to The Mirror, Manchester United will go head to head with the Premier League champions Liverpool for Upamecano’s signature later in the summer transfer window.

The report adds that United want to find a long-term partner for Harry Maguire and view the Frenchman as the ideal acquisition.

Upamecano has chipped in with one goal and one assist in 24 games for Leipzig during the 2020-21 campaign.