Liverpool are reportedly weighing up a move for Lazio midfielder Sergej Milinkovic-Savic during next summer’s transfer window.

There remains speculation surrounding the 27-year-old’s future over the last couple of years, with a number of elite clubs, including Manchester United, Tottenham Hotspur and Juventus are all said to be interested.

He has again been in impressive form for Lazio this season, contributing four goals and five assists from 11 appearances in all competitions. 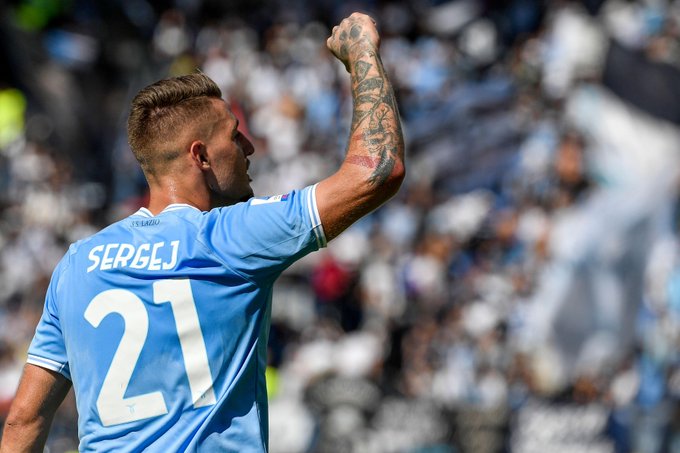 Milinkovic-Savic still has two years left to run on his contract, though, and the Serbia international could finally switch clubs in the next summer’s transfer window.

According to Calciomercato, there will be a transfer battle for the Serbian’s signature at the end of the season, with Liverpool still in the hunt for his signature.

The report adds that Manchester United and Chelsea are both keeping a close eye on the player’s developments, but the Merseyside outfit are desperate for his side to secure a deal.

Milinkovic-Savic has scored 62 goals and registered 57 assists in 305 appearances for the Italian outfit since arriving at the club from Genk in August 2015.