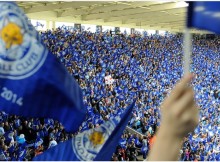 Australia
Leicester City are reportedly ready to battle it out in order to sign Stoke City defender Harry Souttar during the ongoing January transfer window. The Daily Record has
Read More

Australia
When a football club is sinking, the first ones to jump ship are the star players. Like women and children on the Titanic, the top performers often scurry
Read More