Predicting the outcome heading into any major international tournament is often tricky but can be rewarding.  No doubt everyone is trying to be an expert this summer in predicting who will win Euro 2016.

We’re going to have a go ourselves to predict who will win each of the six groups in what is the biggest every European Championship tournament.

Hosts France are the obvious favourites here under Didier Deschamps with none of the other three nations winning their qualifying groups.

Switzerland finished second in their group, nine points behind England in what was a weak group alongside Slovenia, Estonia, Lithuania and San Marino.  Some good goalkeepers to choose from with Borussia Mönchengladbach’s Yann Sommer the likely starter.  Two good full-backs in Stephan Lichtsteiner and Ricardo Rodríguez but Xherdan Shaqiri and Granit Xhaka are the only other real stars.

#EURO2016 will be the biggest EURO ever. Here’s how it’s going to work…https://t.co/HB6ymMgIAs

Romania conceded the fewest goals in qualifying (2) but did finish runners-up to Northern Ireland, scoring only 11 goals in their 10 matches. Fingers crossed they won’t produce a 0-0 in their tournament’s opening game versus the hosts.  Costel Pantilimon and Vlad Chiricheș are known to Premier League fans, but in terms of stars then maybe Romania will look to Gabriel Torje or Bogdan Stancu.

Debutants Albania caused a surprise in finishing runners-up in their group, ahead of Denmark, Serbia and Armenia.  Captained by former-Sunderland and Lazio midfielder Lorik Cana, no one is expecting much from them in this tournament.

Antoine Griezmann, Paul Pogba, Hugo Lloris, Laurent Koscielny, Dimitri Payet, Anthony Martial – France have a lot of talent though we’re not so sure they should be outright favourites.

Paddy Power give odds of 4/11 that France top Group A.

On paper Roy Hodgson’s side should be comfortable winners of this group but England’s performances in recent tournaments suggests it will be anything other than that.

Russia are hit and miss and more miss in recent tournaments.  An ageing squad without the injured Alan Dzagoev.  Whilst some of us have a gut feeling their opener with England could be a 0-0, they did score 21 goals in qualifying.  Aleksandr Kokorin, Roman Shirokov and Artem Dzyuba anyone?

Wales took four points off Belgium in qualifying, shutting out the Red Devils in both games.  Chris Coleman plays with five defenders and has superstar Gareth Bale and Aaron Ramsey as his best attacking threats.  We think they will make it out of the group.

Like Wales, Slovakia are competing in their first-ever European Championship.  A win over Spain in qualifying was huge in qualifying but it would be a shock if they made any impact in this tournament.

Liverpool centre-back Martin Škrtel captains from the back, whilst Marek Hamšík is the star.  Remember Vladimír Weiss?  He’s playing in Qatar now – still only 26 years old but there’s no guarantee he will get another chance to impress on the international stage after this summer.

This is far from England’s best squad but we think with Harry Kane, Jamie Vardy, Joe Hart, Dele Alli and Chris Smalling that they will make it over the line.

Paddy Power give odds of 4/5 that England top Group B.

World Champions Germany weren’t impressive in qualifying – taking only one point from the Republic of Ireland, losing in Poland and unconvincing in both matches versus Scotland.  They’ve even lost friendlies against England and Slovakia recently.

Robert Lewandowski is without doubt Poland’s star and with games against Ukraine and Northern Ireland and a possible second round, he perhaps isn’t a bad shout to win the Golden Boot. The Poles scored in all 10 of their qualifying matches.

After hosing Euro 2012 this is the first European Championship that Ukraine have successfully qualified for.  There’s a number of family faces from four years ago and they will be looking to the likes of Yevhen Konoplyanka and Yevhen Seleznyov to fire the goals to progress.  A good defensive record in qualifying.

Newcomers Northern Ireland are the long shots in this group and may be satisfied if they come away with anything more than 1 point in this group.  The majority of the squad comes from the British Isles but only five played in the Premier League this past season.

Anything less than nine points from Germany in this group would be a surprise which makes their odds tempting to lump on.

Paddy Power give odds of 4/11 that Germany top Group C.

Spain are looking to win an unprecedented third successive European Championship to bounce back from their dismal performance in Brazil two years ago.  Vicente del Bosque has included five players in his squad that won both Euro 2008 and 2012; Iker Casillas, Sergio Ramos, Andrés Iniesta, Cesc Fàbregas and David Silva. 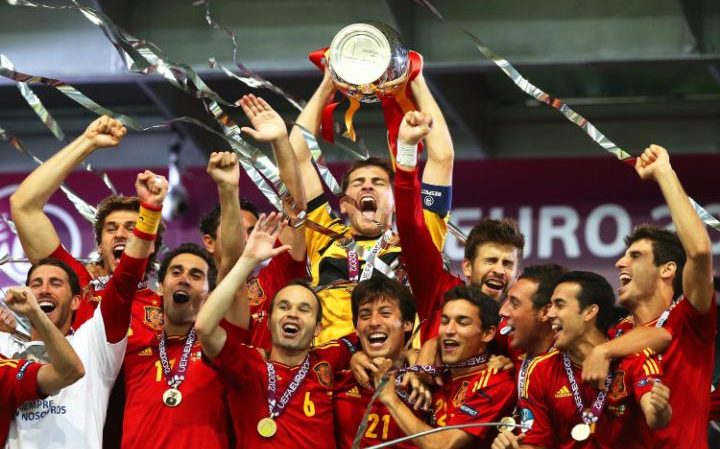 Croatia leapfrogged Norway into the second automatic qualifying place in their group, behind Italy.  The Blazers were disappointing at the 2014 World Cup after failing to qualify for Euro 2012, and whilst Ante Čačić’s side do have a tough group the manager has a wealth of talent to choose from with the likes of Luka Modrić, Ivan Rakitić, Mateo Kovačić, Mario Mandžukić, Marcelo Brozović, Ivan Perišić and Milan Badelj.

Turkey qualified as the best third-place team, finishing five points above the hugely disappointing Netherlands.  Most of their squad is domestic-based but three of their stars play abroad: Hakan Çalhanoğlu, Nuri Şahin and Arda Turan.

It’s an ageing Czech Republic side going to France this summer with Arsenal goalkeeper Petr Čech expected to be busy in this group.  Tomáš Rosický is playing for a contract as his one at Arsenal expires this summer and they may be looking to Tomáš Necid for goals – he’s still in his 20s at least.

Spanish sides won the Champions League and Europa League for a third consecutive time this season – can their national team make it three European Championships in a row?  We think they’ll win the group at least.

Paddy Power give odds of 4/6 that Spain top Group D.

The only group without an odds-on favourite is Group E as giants Italy and the up-and-coming Belgium look to battle it out for top spot.

Belgium have crucially lost captain and star centre-back Vincent Kompany which will be detrimental to their chances this summer.  20-year-old Jason Denayer will probably take his place alongside Thomas Vermaelen, with Tottenham centre-backs Toby Alderweireld and Jan Vertonghen split out to the full-back roles.  They look very promising going forward with Kevin De Bruyne, Eden Hazard, Yannick Ferreira Carrasco, Dries Mertens supporting any one of Romelu Lukaku, Michy Batshuayi, Divock Origi or Christian Benteke up front.

Italy can never be counted out of international tournaments even if they finished below Costa Rica and Uruguay at the last World Cup.  You can expect the Juventus defence in front of Gianluigi Buffon to be solid as usual, but we’re unsure about them going forward.  Where are the goals coming from?  Graziano Pellè?  Simone Zaza?  Éder?  Lorenzo Insigne?  Stephan El Shaarawy? 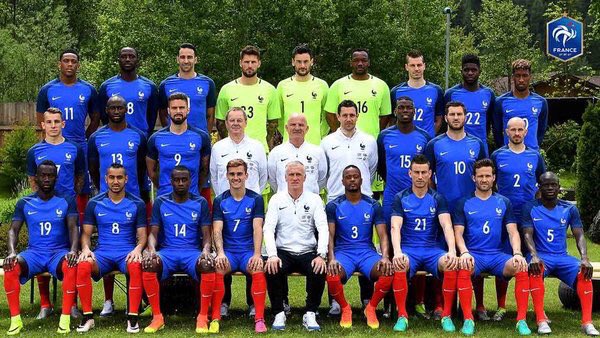 Since hosting the tournament in 1992 and missing out on Euro 96, Sweden have qualified for a fifth-successive European Championship.  One last tournament for Zlatan Ibrahimović to impress at?  Unfortunately for the departing Paris Saint-Germain striker, there’s a lack of talent around him.  The Swedes have only made it out of the group stage in one of those past four tournaments and never won more than one game in any of them either.

Republic of Ireland’s squad largely consists of Premier League and Championship players but with only Shane Long playing for a team in European competition this past season, and even then Southampton didn’t make it past the qualifiers.  They have a good tactician in Martin O’Neill as manager but will do well to make it past the group stage.

Paddy Power give odds of 11/10 that Belgium top Group E.

Generally considered the weakest group in the tournament and perhaps explains why Cristiano Ronaldo is favourite for the Golden Boot.  Portugal are the favourites with only really Austria a chance of preventing them from topping the group.

Marko Arnautović, David Alaba, Christian Fuchs, Martin Harnik and co are all looking to become the first Austrian to score from open play in a European Championship.  Although they only dropped two points in qualifying, this team is nothing special.

Iceland were one of the surprise performers in qualifying as they finished seven points above the Netherlands behind only the Czech Republic.  They will be looking at the likes of Gylfi Sigurðsson, Kolbeinn Sigþórsson and Alfreð Finnbogason for goals.  37-year-old Eiður Guðjohnsen made the 23-man squad.

Goalkeeper Gábor Király is the oldest player in the tournament, now 40 years old and playing back in his homeland after a successful time with Crystal Palace some years ago now.  The less-fancied team has Balázs Dzsudzsák and Ádám Szalai going forward, as well as 37-year-old Zoltán Gera.

Portugal disappointed in Brazil but should pip Austria to top spot.

Paddy Power give odds of 4/6 that Portugal top Group F.

Please leave your Euro 2016 prediction in the comment section below.