West Ham United have reportedly expressed an interest in making an audacious move for Arsenal forward Eddie Nketiah, according to The London Evening Standard.

The Hammers are keeping tabs on the England Under-21 international as David Moyes looks to sign a replacement for Sebastien Haller. 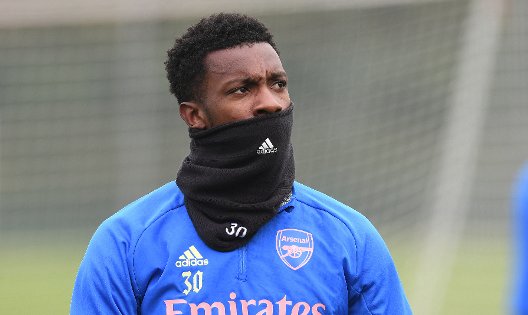 David Moyes’s side sold Haller in a £20m deal to Ajax in the January transfer window.

The report adds that the East London outfit have already earmarked some potential targets to replace the Ivorian this month, such as Bournemouth’s Joshua King and Stade de Reims’s Boulaye Dia.

West Ham United have also placed Nketiah on their shortlist of a striker following the player’s fine performances for the Gunners over the past 12 months.

The report goes on to claim that Arsenal could consider the permanent sale of the 21-year-old striker given that they could then reinvest funds raised by his sale.

Nketiah, who has 18 months left to run on his contract at the Emirates, has scored 12 goals in 57 games for Arsenal.