West Ham United are still interested in signing Barcelona right-back Moussa Wague, according to The Sun.

The Hammers could reportedly reignite their interest in the Senegal international during this summer’s transfer window. 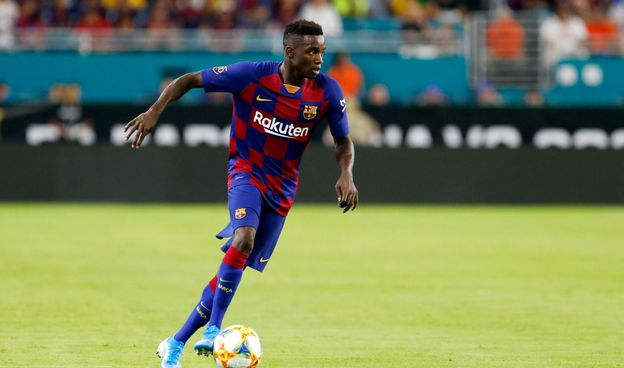 The east London outfit were linked with a potential swoop for the 21-year-old defender during the latter stages of January, but a move did not materialise.

The youngster, who has made just one appearance for Barca this term, ultimately joined the Ligue 1 outfit Nice on loan for the rest of the 2019-20 campaign.

However, according to The Sun, West Ham United will continue to keep tabs on the right-back as they consider to make a fresh approach during the next transfer window.

The report adds that the former Eupen youngster could be available for £16 million, although it remains to be seen whether the French outfit take up their option to sign him permanently.