Manchester United have reportedly expressed an interest in making an audacious move for Paris Saint-Germain right-back Thomas Meunier in January, according to The Express.

The 26-year-old defender is currently behind Dani Alves in the pecking order and is believed to want a make a move away from the French capital to boost his World Cup chances. 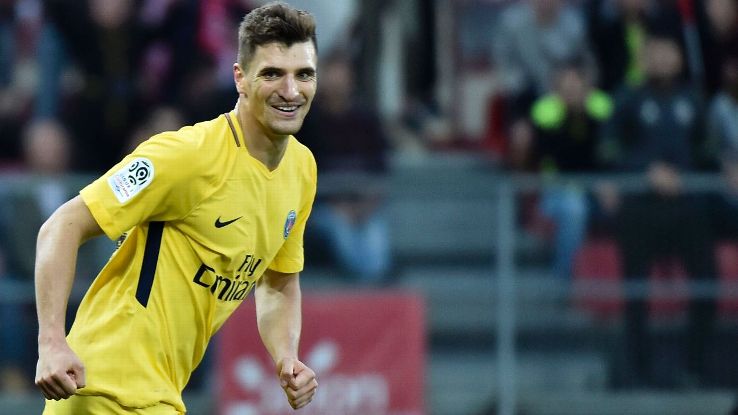 The report suggests, United boss Jose Mourinho has been keeping tabs on the Belgium international since last summer and has remained interested in signing the player when the transfer window reopens in the new year.

Meunier is under contract until 2020 but the report claims that the Parisians are willing to sell the right-back due to maintaining a balance in the books following the arrival of Neymar and Kylian Mbappe.

Meunier racked up 43 appearances for PSG following his move from Club Brugge in 2016.