Paris Saint-Germain and Barcelona are reportedly set to battle it out for the signature of Ajax attacker Antony.

The Catalan giants have supposedly identified Brazil international as an ideal alternative to Erling Braut Haaland. 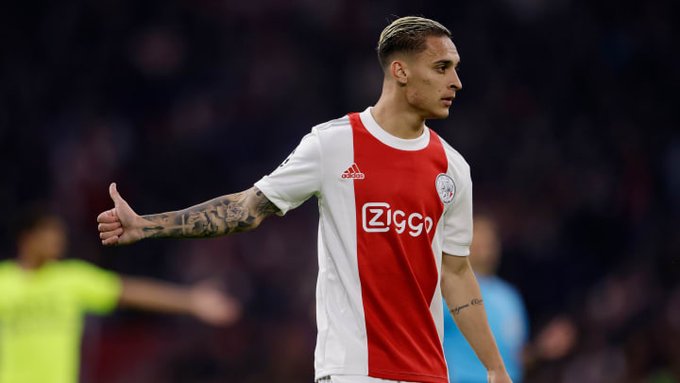 Antony has enjoyed a fruitful campaign for the Eredivisie outfit with nine goals and seven assists in 22 appearances across all tournaments.

According to Parisfans.fr, the Parisians is now a possible destination for the 21-year-old, with the club bid for the winger being aided by compatriots Marquinhos and Neymar plying their trade at the French capital.

However, the report goes on to claim that it would take an offer of €60m to prise the Brazilian away from the Dutch giants, with the player tied down to the club until the end of the 2024-25 season.

Antony has contributed 19 goals and 17 assists in 68 games for Ajax since arriving in 2020.