Alcacer, 26, has scored seven goals in 15 appearances for the Bundesliga giants this term. 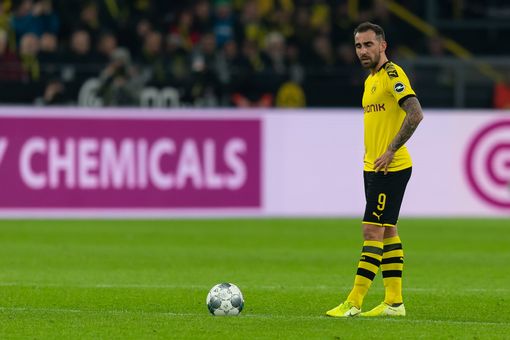 He is allegedly free to leave BVB this month following the arrival of Erling Braut Haaland from Red Bull Salzburg.

According to The Sun, Newcastle United are in the race for Alcacer’s signature, who could join the Magpies on loan for the rest of the 2019-20 season.

The report claims that the North-East side hopeful of signing the Spain international, who scored 26 times in 47 appearances for Dortmund in all competitions.

Meanwhile, Premier League rivals Manchester United and Tottenham Hotspur are both said to be interested in Alcacer’s services.