Manchester United reportedly had a €90m bid for Napoli’s Kalidou Koulibaly rejected in the latter stages of the English transfer window.

The Premier League giants were strongly linked with a move for the centre-back before eventually agreeing to sign Harry Maguire from Leicester City ahead of the 2019-20 campaign. 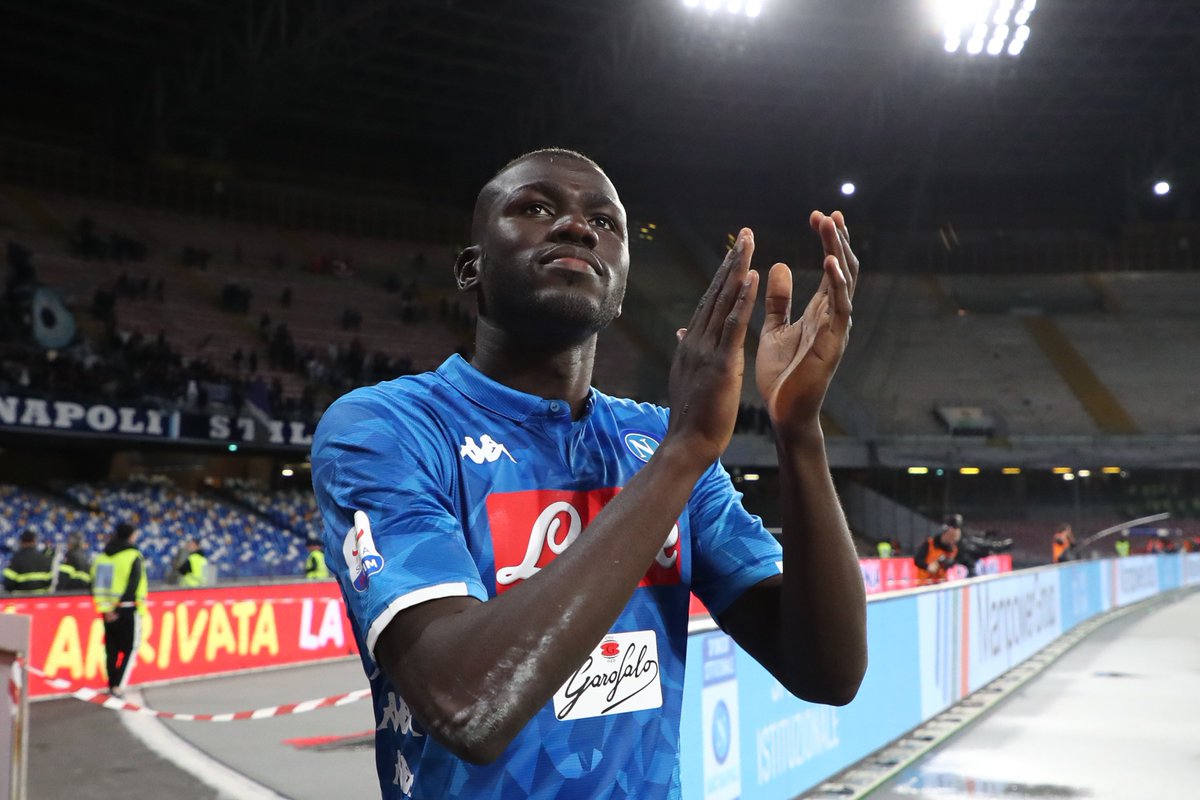 Indeed, the Red Devils broke the transfer record for a centre-back when they paid £80m to lure the England international to Old Trafford.

According to Corriere dello Sport, the 20-time English champions actually submitted a €90m bid for Koulibaly before the transfer window closed. Napoli, though, stated that they would not sell at that price.

The Senegal international racked up more than 200 appearances for Partenopei since a 2014 switch from Genk.

The La Liga giants Real Madrid and Barcelona have also been credited with an interest in the 28-year-old defender, who could still leave Italy for the Spanish clubs.