Messi and Ronaldo are one of the most famous footballers to ever play on the green field. Even if you do not cheer for the football teams they play for, you will inevitably have an opinion about their rivalry and probably end up choosing one or the other as your favorite. 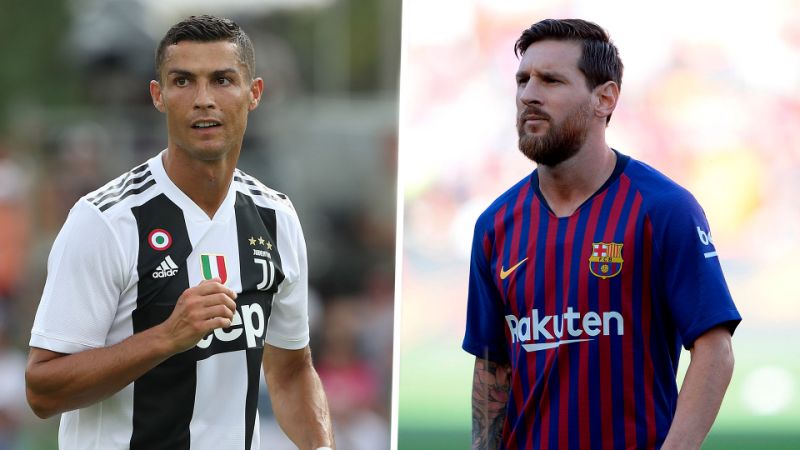 On the field, they have many similarities, but they also have some crucial differences that make them attract different types of fans. They play a different style of football, and they manage their public lives differently as well.

The rivalry between these two legendary players has proved to be quite profitable for brands and sponsors, as well as for the football industry. Let’s take a closer look at what this rivalry involves and who is more likely to be the winner in the end.

The Rivalry In Numbers

To determine who fares better in one of the biggest rivalries in the history of sports, we can compare stats and see whether Messi or Ronaldo have achieved more in their careers.

To begin with, the Golden Ball, also known as Ballon d’Or, is a prestigious award given to the best football player of the year. The infographic shows that Messi has received five Golden Balls, whereas Ronaldo has four. Thus, the difference is slight.

Both of them hold some very impressive records. For example, Messi set a record in 2005 as the youngest player to score for Barcelona. Also, he spent the entire professional career playing for the same club.

On the other hand, Ronaldo set a record as the most expensive player of his age when he was transferred for £12 million.

Other important stats that we should look at are appearances, assists, and goals in their club careers. Messi has appeared a total of 636 times, made 212 assists, and scored an impressive number of 552 goals. However, Ronaldo has appeared 759 times for his club, on which occasions he made 180 assists and scored a whopping 572 goals.

Coming to a conclusion on whether Messi or Ronaldo is the more skilled player is extremely difficult. If you talk to several people about it, it’s probable that they will have vastly different opinions. According to available stats, their style of play differs and so do their skills.

For instance, Ronaldo is much better at penalties and scores goals with his head more easily. His penalty success rate is 82.58%, with 109 goals and 23 misses.

On the other hand, Messi is much better at dribbling and seems to have a more sophisticated style of play.

Messi has earned just one red card, whereas Ronaldo received 10. When it comes to yellow cards, Messi got 53 and Ronaldo 101. Therefore, it seems that Messi is more of a fair play athlete.

As you can see, it is difficult to conclude anything about the most captivating rivalry in sports history. Messi’s fans will claim that he is the greatest player of all times, whereas Ronaldo’s fans will argue the opposite.

Judging by the stats we had the opportunity to look at, both groups have good reasons to think that way. The only conclusion we can come to is that they are well-balanced football artists and hope that they will continue to play on that level for as long as possible.