Manchester United are reportedly ready to step up their efforts to sign RB Leipzig forward Timo Werner, according to The Express.

The Red Devils are currently short in the attack following the departures of Romelu Lukaku and Alexis Sanchez over the summer. 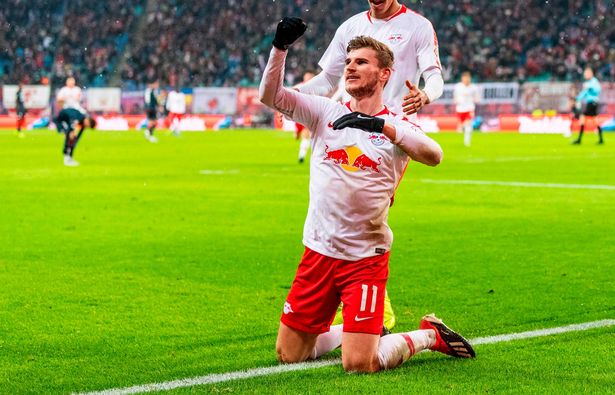 Anthony Martial’s injury crisis this season means that the responsibility is on Marcus Rashford, and the England international has struggled to find his goalscoring form at Old Trafford.

The 20-time English champions have been linked with a move for Mario Mandzukic from Juventus, although it has been reported that the Old Trafford outfit have now cooled their interest in the 2018 World Cup finalist.

The aforementioned report claims, United coach Ole Gunnar Solskjaer is desperate to secure a January deal for Timo Werner, but the Norwegian boss is prepared to wait until next summer to sign the Germany international.

Werner has scored 69 goals in 125 appearances for the Bundesliga outfit in all competitions.

The 23-year-old, who recently signed a new contract at the Red Bull Arena, and his contract is valid until the end of the 2022-23 campaign.