Tottenham Hotspur and Juventus reportedly face fresh competition from Manchester United for the signing of AS Roma midfielder Nicolo Zaniolo in this summer’s transfer window, according to Italian website Calciomercato, as cited by the Daily Mirror.

The Red Devils are interested in bringing in the highly-rated Italy international this summer. 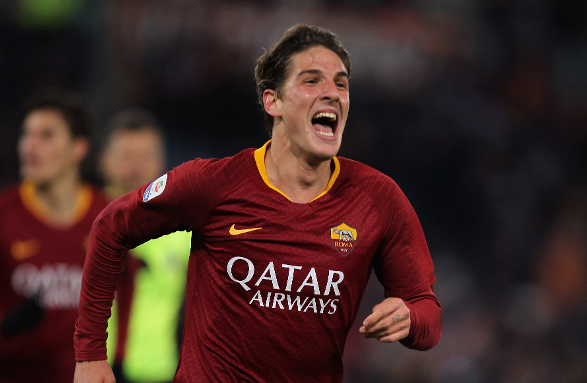 The story claims that Spurs have been interested in signing the 20-year-old midfielder this summer after his impressive performance in Serie A last season.

The report goes on to claim that Juventus are also keen on signing Zaniolo this summer, but United have now also entered the race for the midfielder’s signature.

The youngster has scored four times and provided two assists in 27 appearances for Giallorossi last season.

Ole Gunnar Solskjaer’s side are thought to be on the lookout for a number of signings this summer as they look to rebuild their squad ahead of the 2019-20 season.