Real Madrid midfielder Casemiro has reportedly emerged as a transfer target for Manchester United, according to Marca.

United boss Erik ten Hag is said to be in the market for a new defensive midfielder, and they have looked at different options.

A deal for Barcelona’s Frenkie de Jong has been interrupted over personal terms, and the same happened in the case of Juventus’ Adrien Rabiot. 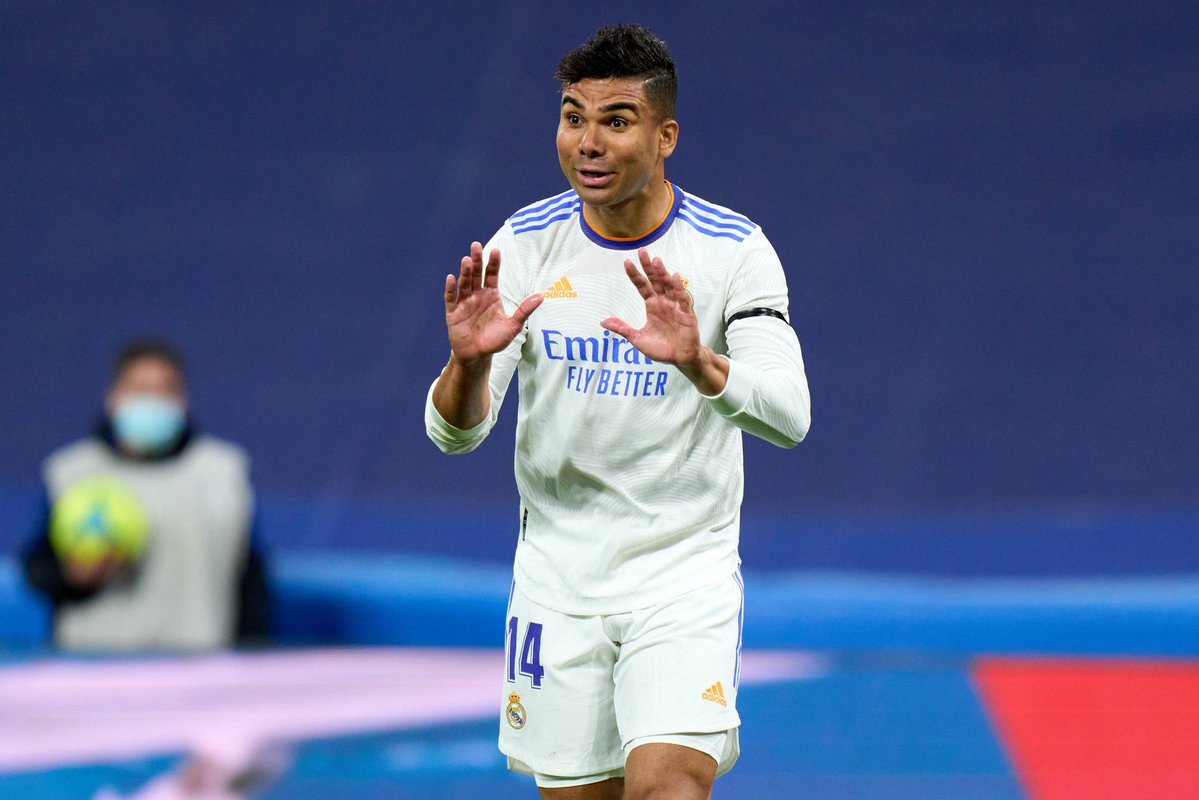 Hence, the 20-time English champions have now turned their attention to Casemiro, but it remains to be seen whether Real Madrid will sell him.

There were rumours that the 30-year-old Brazilian could leave for €50m earlier this summer, but things have gone different in recent weeks.

Nevertheless, the La Liga champions could be persuaded to sanction his sale after acquiring the signature of Aurelien Tchouameni from Monaco.

Casemiro has a contract at Real Madrid until 2025.