Manchester City are at the head of the queue to sign Borussia Dortmund striker Erling Braut Haaland next summer, Bild claims.

The 21-year-old was the subject of interest from Chelsea over the summer transfer window but is now set to remain at the Westfalenstadion for the current season. 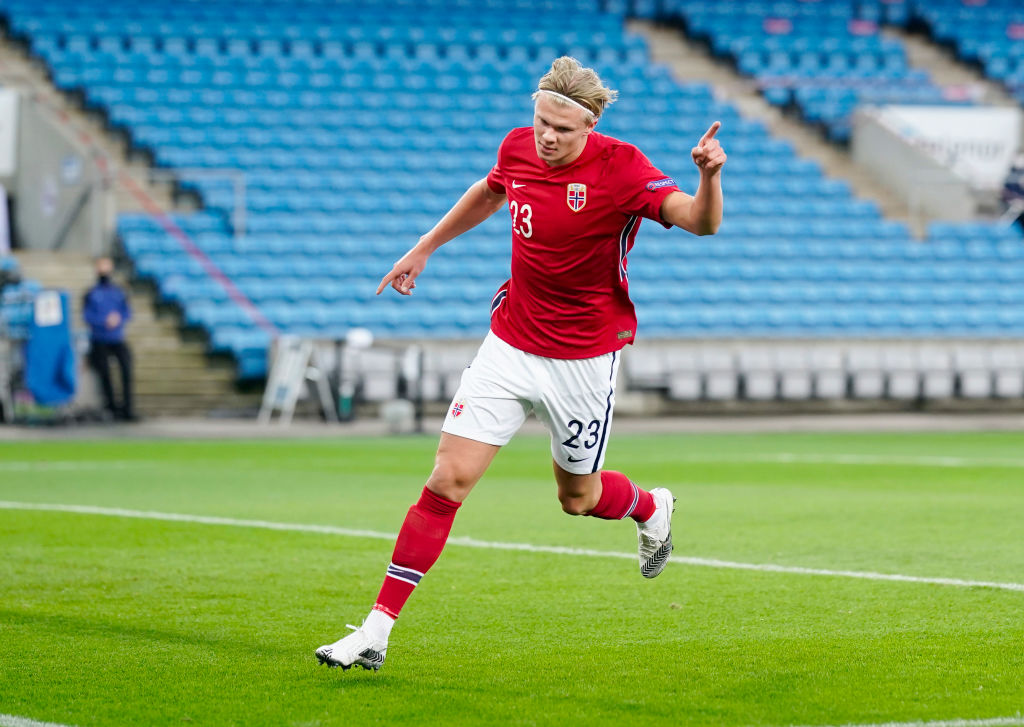 The Norwegian’s £68m release clause will become active next summer, however, and a number of European heavyweights are set to battle it out for his signature then.

With Manchester City failed to land Harry Kane and Cristiano Ronaldo to the Etihad ranks, Bild reports that the English champions have taken the lead in the race to sign the in-demand striker.

However, Manchester United are understood to have made the youngster their number one target for the coming year, while Bayern Munich and Paris Saint-Germain have also been credited with an interest.

Real Madrid were also linked with a move for the former Red Bull Salzburg starlet, but the Spanish giants are now expected to sign Kylian Mbappe next year.

Haaland is not due to become a free agent until 2024.