Barcelona midfielder Philippe Coutinho is reportedly the subject of interest from Manchester United, according to Italian media outlet Calciomercato.

The Spanish champions are ready to listen to offers for the Brazil international, with the Red Devils are among the potential suitors in the playmaker, according to a report in Italy. 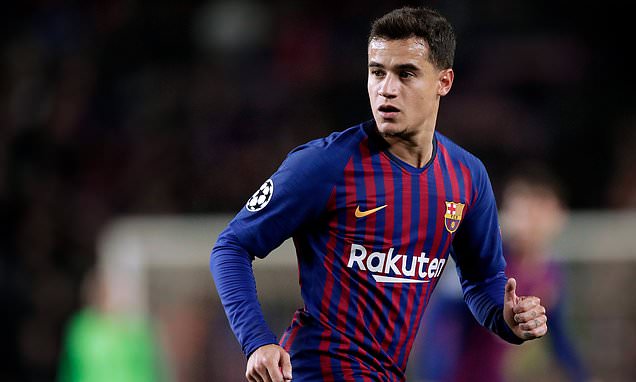 The report adds that the Catalan giants are all set to offload the 26-year-old Brazilian after a disappointing 12 months for the former Liverpool ace at Camp Nou.

The 20-time English champions would have to submit a “suitable” offer to have a chance of signing the South American.

Coutinho has scored 16 goals in 46 appearances for Barcelona since his £142m move from Liverpool in the 2018 January transfer window.

The North-West giants are in sixth place in the Premier League table after a disappointing first half of the campaign.