The Sun reports that Manchester United have retained its interest in acquiring Ajax centre-back Jurrien Timber.

United manager Erik ten Hag has asked the scouting team to monitor the 21-year-old, who is said to be close to completing a move to the Premier League. 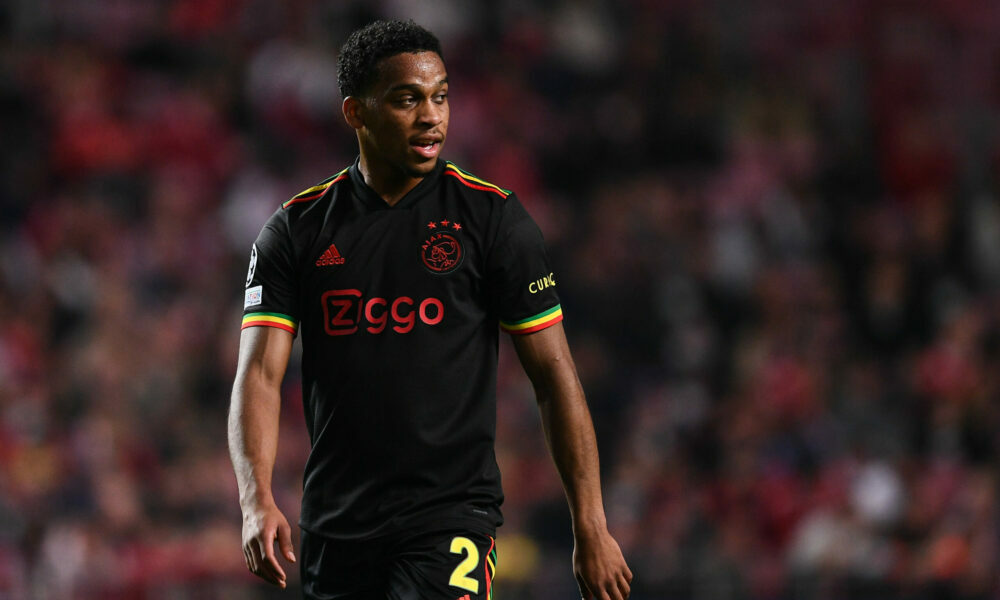 Despite having a deep defensive squad, Harry Maguire’s position at Old Trafford is in question as he has fallen down the pecking order and seen limited playing time.

The Red Devils are looking to reinforce their defensive line and Timber’s versatility would be a bonus if he joins the club, especially with the uncertain future of Harry Maguire and Raphael Varane’s injury concerns.

Ajax have already lost Lisandro Martinez and Antony to Manchester United and Timber could be the next player to make the move.

The Dutch defender won’t come at a bargain price for the Red Devils, as he is under contract with Ajax until June 2025.