Manchester United are lining up a £42 million swoop for Bayern Munich midfielder Arturo Vidal, according to La Cuarta.

The Red Devils have been linked with the 30-year-old midfielder numerous times before, and it was thought that they were contenders before he joined the Bavarians from Juventus in 2015. 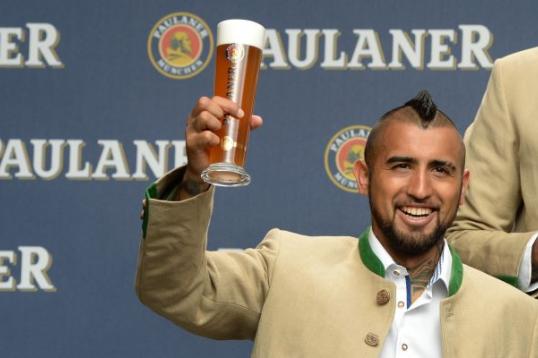 The 20-time English champions intend to launch an offer for the Chilean in the region of £42m, as well as give him a salary worth £15.7m-per-year.

The report adds that Chelsea are also keeping a close eye on the veteran midfielder, who has played 26 games for the German outfit in all competitions this season, including 17 in the Bundesliga itself.

Chelsea could potentially have an upper hand in the race for Vidal’s signature since the player worked with manager Antonio Conte at Juventus.