Manchester United have already begun talks with Lazio over a move for Serbian midfielder Sergej Milinkovic-Savic this summer, according to Italian outlet Il Messaggero, as quoted by the Daily Express.

The Red Devils have made initial contact with the Serie A outfit to sign Sergej Milinkovic-Savic as Jose Mourinho continues to look to strengthen his squad ahead of next season. 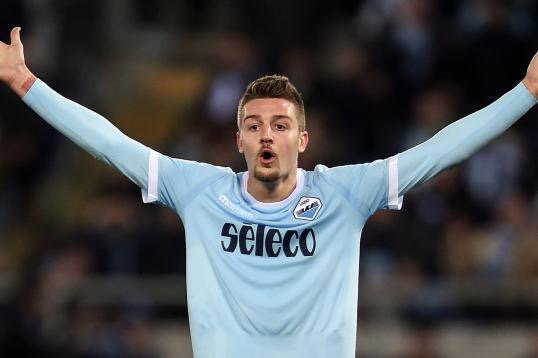 The 20-time English champions have been linked with a move for the 23-year-old for some time as they look to reshape a squad capable of winning Premier League title next year.

The report adds, United have taken the lead in the race to sign Milinkovic-Savic after Real Madrid expressed an interest in the playmaker.

The La Liga giants are thought to have a huge amount of cash to spend on new players this summer after Cristiano Ronaldo’s big-money move to Serie A champions Juventus was confirmed earlier this week.