Manchester City have reportedly joined their Premier League rivals Chelsea in the race to secure the services of Middlesbrough defender Ben Gibson this summer.

The 24-year-old has impressed for the Boro this Premier League season, and his form has caught the attention of rival clubs, who are keeping a close eye on his situation. 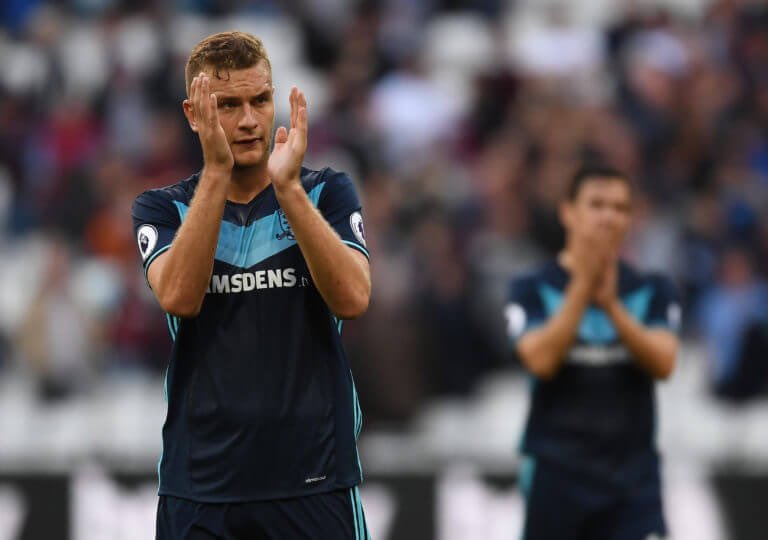 The defender recently signed a new long-term contract at the Riverside Stadium and the club will be determined to keep hold of him, even they are relegated.

It is reported that the Boro will be looking for a fee somewhere in the region of £30m, with both Chelsea and Manchester City will be willing to match it to get Gibson’s signature.

Chelsea head-coach Antonio Conte is reported to have sent his scouts to watch Gibson on an action and wants him to be a part of his defencive reinforcement next season.

City boss Pep Guardiola, meanwhile, has spoken about his desire to lure the young Englishman to the Etihad Stadium and wants Gibson to play alongside John Stones in a revamped City backline.