Leeds United have reportedly made progress in their pursuit of Brest left-back Romain Perraud,

The 23-year-old defender has enjoyed an impressive 2020-21 campaign for the Ligue 1 outfit, helping the club from relegation by one point. 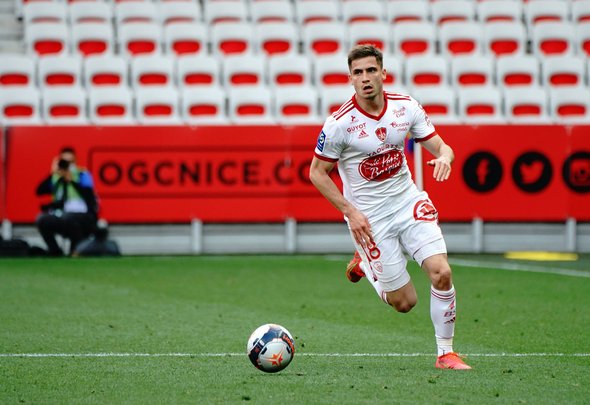 It is believed that the Whites have made signing a left-back a top priority, as Ezgjan Alioski’s future at Elland Road remains uncertain.

According to Football Insider, the Yorkshire giants are confident of completing the deal with Perraud after holding discussions with the parties involved.

Despite extending his contract at the Stade Francis-Le-Ble earlier this year, it is expected that the Frenchman will still be available in the upcoming market – should an appropriate offer be submitted.

Perraud, who is contracted to Brest until 2025, has made 24 appearances this term.