Inter Milan are lining up a swoop for Chelsea centre-forward Olivier Giroud in January transfer window, according to Italian publication Calciomercato.

The 33-year-old, who has not featured for the Blues in the Premier League since the end of August, there have been suggestions that he could leave in a cut-price deal during the mid-season transfer window. 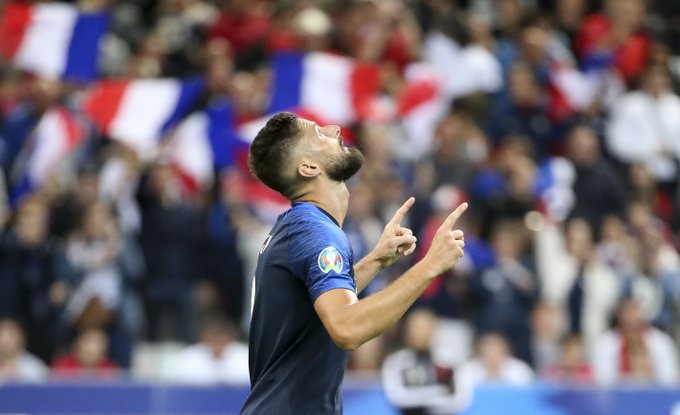 According to Tuttosport, Inter Milan are considering a mid-season swoop for the France international after learning that Alexis Sanchez is on the sidelines with an ankle injury which he picked up on international duty.

Giroud has scored one goal in five appearances in all competitions during this season.

The 2018 World Cup winner is seen as a cheap option for Inter with the Frenchman available on a free transfer in the summer.