Leicester City frontman Jamie Vardy is reportedly linked with a move to Everton this summer.

Everton have made Vardy their first choice to replace Romelu Lukaku, should the 24-year-old Belgian depart Goodison Park this summer. 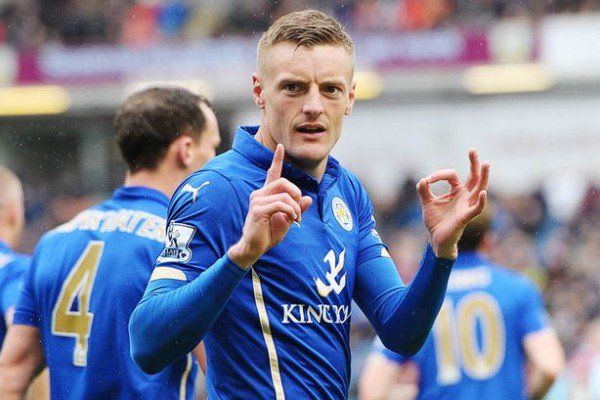 Lukaku’s future at the Merseyside outfit looks uncertain, with Premier League rivals Manchester United and Chelsea both interested in his services following his comments towards the end of last season that he has a desire to ‘win trophies’.

According to the Express, the Toffees boss Ronald Koeman has earmarked the 30-year-old Vardy as Lukaku replacement.

Vardy caught the attention with his aggressive playing style in the 2014-15 campaign as the Foxes secured a shocking Premier League title, and subsequently turned down a tempting move to Arsenal, instead signing a new £100,000-a-week contract extension to remain at the King Power stadium.

However, the England international has struggled for goals and later in the final few months of the campaign he scored eight goals in the last 12 league games.

Unsurprisingly, Everton fans shared their opinions on Twitter about signing him in..

If Everton sign Jamie Vardy they will regret it

Would love Vardy at Everton

Wouldn’t want Vardy in an Everton shirt ever. Not good enough. If true we need to aim a lot higher! #EFC

If we lost Rom i would be happy with Vardy #efc

Why replace? Why not play alongside?

Why r we bein linked to players on the decline of career?Don’t want Rooney r Vardy. Want some1 who can last a 4 ur contact productively #EFC

Vardy? I’d have him in a heartbeat for a couple of seasons!