Crystal Palace are weighing up a January move for Everton midfielder Tom Davies, whose future at Goodison Park looks uncertain.

The 23-year-old midfielder has yet to start a game in the top flight under new manager Rafael Benitez. 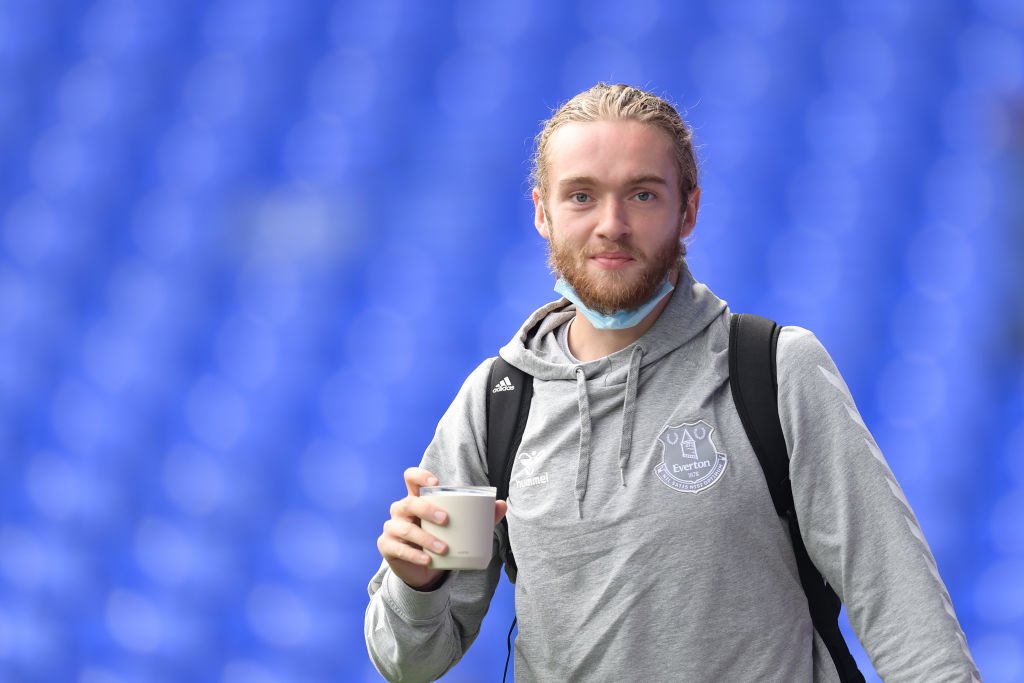 According to Football Insider, the Eagles are now monitoring Davies as a potential summer signing as the midfielder has yet to make his mark this season.

Crystal Palace manager Patrick Vieira bought two central midfielders over the summer transfer window, with Will Hughes and Conor Gallagher joining the club, but the latter will be returning to Chelsea at the end of the campaign, a permanent signing is on his mind.

Davies, who is under contract with the Toffees until 2023, is a product of Everton’s academy and has gone on to make 132 appearances for the senior side.