Juventus defender Leonardo Bonucci is the prime target for the Premier League giants and will be the focus of a world-record offer in the January transfer window.

Chelsea are reportedly weighing up a January move for the 29-year-old Italian when the transfer widow reopens in New Year. 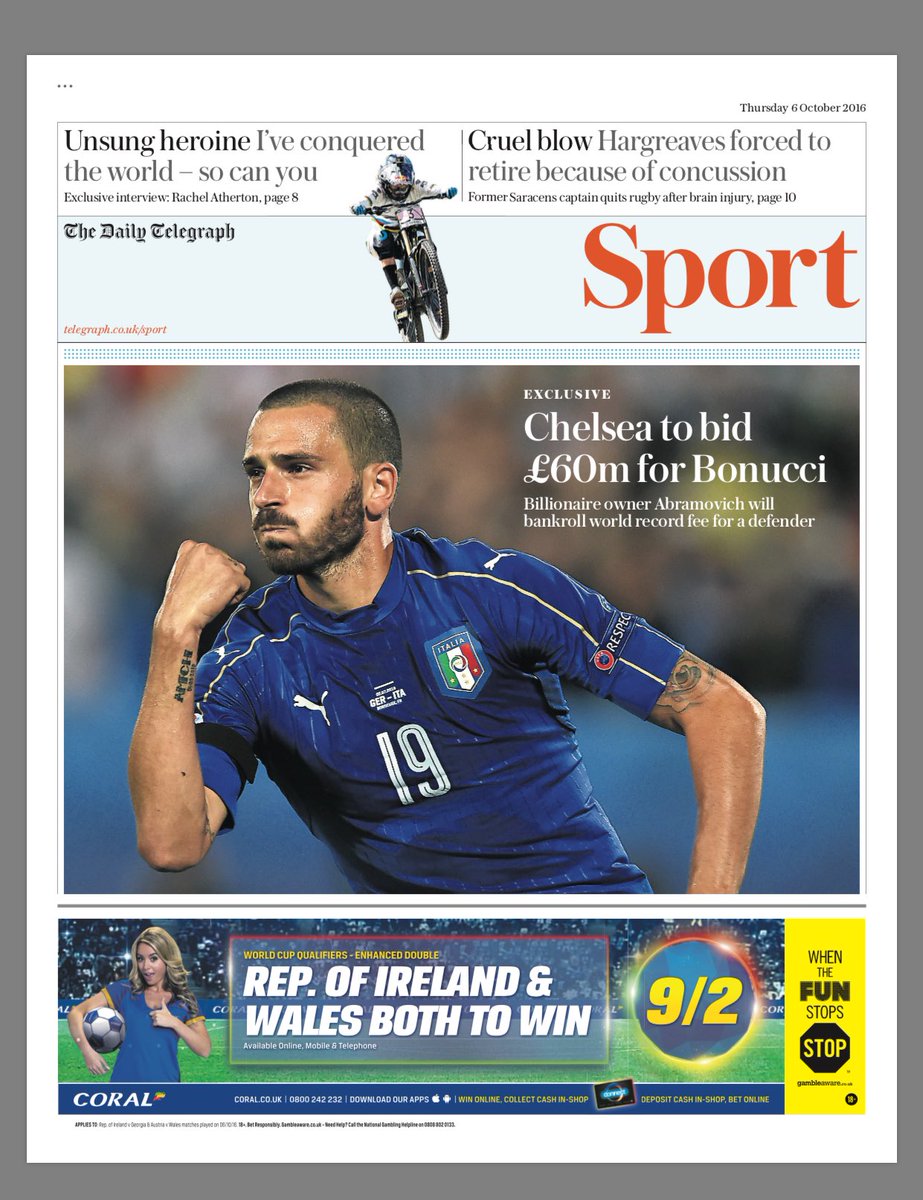 According to the Telegraph, the west London outfit are prepared to splash a cash on a number of new signings this January as the Blues determine to claim the Premier League title and Champions League participation.

The veteran centre-half, who worked with Conte for around three years during his time at Juventus, is also wanted by rivals Manchester City but the Serie A champions remain adamant he is not for sale.

Bonucci’s expected fee could be in the region of £50m, should he move to Stamford Bridge.