The Blues are expected to sign a new centre-back this summer, with Sevilla’s Jules Kounde still a target for the Premier League giants. 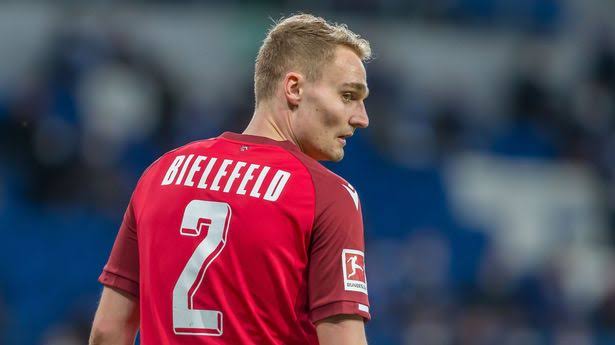 However, The Mirror claims that Arminia Bielefeld’s Pieper is on the radar of Chelsea, with the 24-year-old defender also out of contract in the summer.

The German rose through the youth ranks at Borussia Dortmund and has made 26 Bundesliga appearances for Arminia this season, but his side are six points adrift of a safe zone in the relegation zone.

Newcastle United and Southampton are also said to be keeping tabs on the centre-back, who was called up to Germany’s Olympic squad last year.