Chelsea have reportedly stepped-up their interest in to secure the signing of Barcelona centre-back Sergio Gomez this summer.

The Blues look set to complete the signing of the Spaniard this summer, according to reports.

The west Londoners have reportedly been linked with a number of new players as Antonio Conte is all set for his first season in charge at the Stamford Bridge. 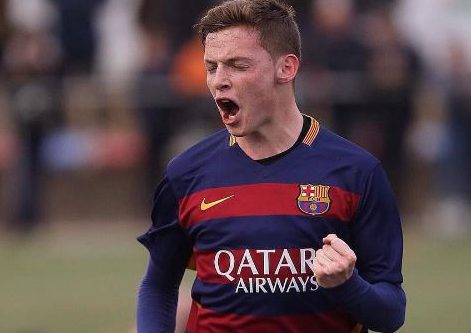 Chelsea are reported to have been keeping an eye on the teenager amid suggestions that he could be tipped to leave the Spanish capital this summer.

According to The Sun, The Blues are on the verge to secure the 15-year-old defender by willing to pay as much as £7m this summer and beat off competition from a host of English clubs, including Liverpool.

Conte will officially take charge at Chelsea after the conclusion of Euro 2016 with Italy.