Arsenal have reportedly outlined their intentions to move for Benfica left-back Alex Grimaldo.

The Spanish defender is only under contract at the Estadio da Luz for another year, raising the prospect of a cut-price deal in the ongoing transfer window. 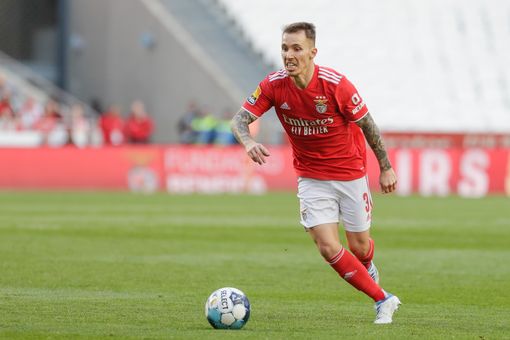 The Portuguese outfit will look to avoid losing him on a free transfer next year, and the Gunners are supposedly ready to take advantage of the player’s situation.

According to Portuguese newspaper Jornal de Noticias – as quoted by The Express – the Premier League giants have now prepared to up their efforts to secure a deal for the defender before the new season kicks off.

The report goes on to claim that the Gunners are eyeing a bargain deal of €7m for the left-back.

Benfica are supposedly expecting the north Londoners to make a formal approach for the former Spain Under-21 international’s services within the next week, three years after the club tried and failed to prise him away from the Estadio da Luz.