The 29-year-old has been impressive on loan at Aston Villa, contributing four goals and three assists in 10 top flight appearances for the Midlands club. 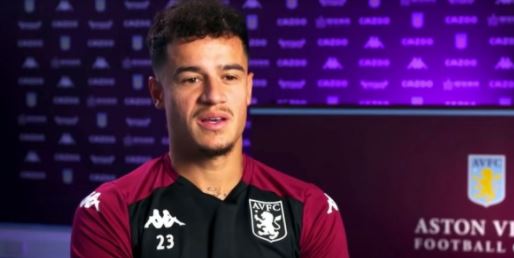 Villa possesses the option to sign the Brazilian permanently for €40m this summer, and the midfielder has seemingly confirmed that he will leave the Catalan giants for good in a few months’ time.

Steven Gerrard’s side may face stiff competition for Coutinho’s signature, though, as Mundo Deportivo reports that the Gunners have touched base with the player’s entourage.

The report goes on to claim that Coutinho, whose deal at Camp Nou is due to expire in the summer of 2023, is not sure about his future until the end of the season, but the potential Champions League football could aid Arsenal’s bid to sign him this summer.

Coutinho has scored 25 goals and registered 14 assists in 106 games for Barca.