The Premier League giants Arsenal and Chelsea are among the English clubs keen on signing Josha Vagnoman from Hamburg this summer, says ESPN.

The Gunners and the Blues have joined Everton in the race for the 17-year-old’s services this summer. 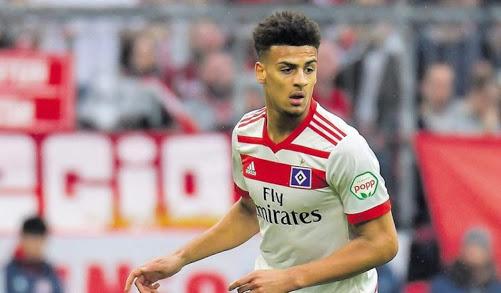 The report adds that the teenager’s impressive performance for the Bundesliga outfit this season is attracting interest from a couple of European heavyweights, including both Arsenal and Chelsea.

The north Londoners confident that they are well-positioned to be able to complete a deal for the youngster given their German connections.

Arsenal’s head of recruitment Sven Mislintat is a great admirer of Vagnoman and has scouted him on a number of occasions.

The Gunners are likely to be linked with a plenty of players in the coming months as club’s new manager Unai Emery looks to bolster a squad he feels would be capable of breaking back into the top for next season.