Chelsea attacking midfielder Hakim Ziyech is reportedly the subject of interest from AC Milan and Juventus.

The Morocco international only joined the Blues from Ajax last summer but has found it difficult to make his mark at the London outfit, scoring just two goals in 19 appearances. 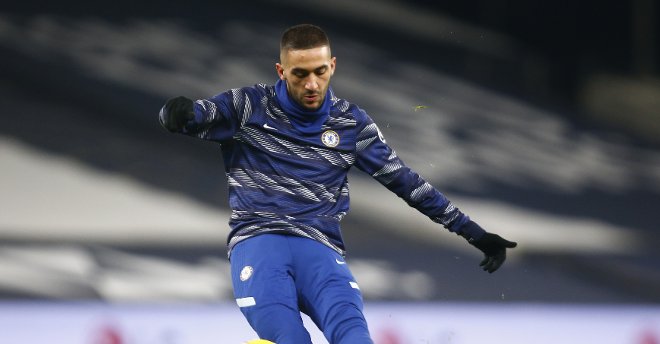 The 27-year-old has not featured in any of the club’s last three top flight matches, meanwhile, with the attacker struggling for action under the head coach Thomas Tuchel.

According to Calciomercatoweb, Milan and Juve are keeping close tabs on the player’s development, with the two Italian clubs believing that the attacker could be convinced to leave this summer if it becomes certain that he is not in Tuchel’s first-team plans.

Ziyech has a deal at Chelsea until 2025.