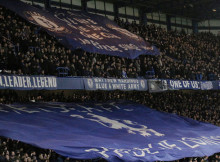 Brazil
The Premier League champions Chelsea have announced the arrival of Corinthians striker Alexandre Pato on a loan deal until the end of the season. The Brazilian forward flew
Read More

Premier League
With just over a week until the January transfer window closes, there is a strong underlying feeling that the fireworks are yet to come from Premier League teams
Read More